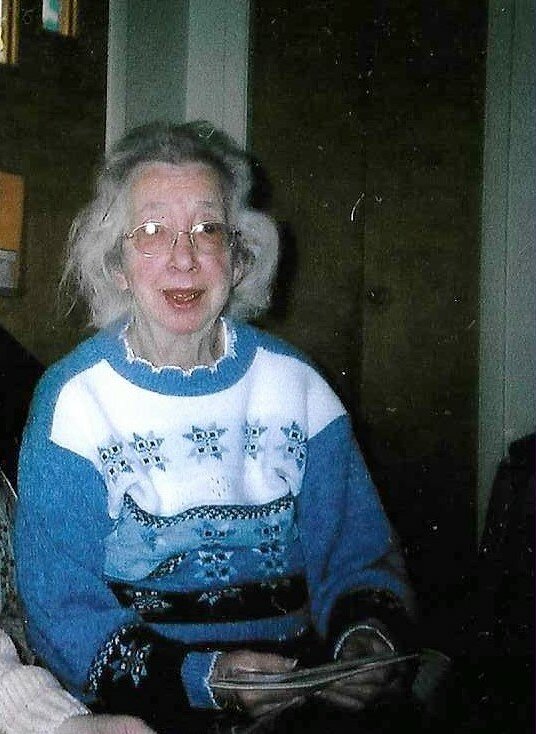 Obituary of Lucybelle B Johnson

Please share a memory of Lucybelle to include in a keepsake book for family and friends.
View Tribute Book
Lucybelle B. Johnson, 105 of Heritage Village, formerly of Dunkirk, Fredonia and E. Aurora, passed away Fri., Nov. 11, 2022. Born March 11, 1917 in Arkwright the daughter of the late Hiram and Cora Dodge Bennett. She was a 1934 graduate of Dunkirk High School. Lucybelle was employed as a secretary from 1936-1951 at Allegheny-Ludlum, Dunkirk and Fisher Price Toys, E. Aurora from 1952 until retirement in1972. She then was a part-time bookkeeper at Hillview Golf Course until 1994. Lucybelle was a former member of the Dunkirk United Methodist Church, was a Sunday School teacher and member of the choir. She attended the Gerry United Methodist Church and was active with the Quilters, United Methodist Women, the Good Samaritan Rebekah's, Happy Seniors in Sheridan and Rodeo City Senior Citizens in Gerry. Wife of 31 years to the late Roy A. Johnson, who she married Sept. 11, 1948 and who died May 11, 1979; sister of the late Boneta (late George) Grant and Gordon (late Jean) Bennett; aunt of, Shirley (late George) Levitzky of Ontario, Canada, Sherman (Dorothy) and Sheldon (Jackie) Grant all of Fredonia and the late Bonnie (Pete) James, Carol (late Fred) Dake and Gordon (Ruth Ann) Bennett.. Also survived by many, great, great-great and great-great-great-nieces and nephews. Private burial in Oakwood Cemetery, E. Aurora. A celebration of life will be announced at a later date. Arrangements by Jordan Funeral Home, Sinclairville. Condolences to: jordansinclairville.com.
To send flowers to the family or plant a tree in memory of Lucybelle Johnson, please visit Tribute Store

Look inside to read what others have shared
Family and friends are coming together online to create a special keepsake. Every memory left on the online obituary will be automatically included in this book.
View Tribute Book
Services for Lucybelle Johnson
There are no events scheduled. You can still show your support by sending flowers directly to the family, or planting a memorial tree in memory of Lucybelle Johnson.
Visit the Tribute Store
Share A Memory
Send Flowers
Plant a Tree