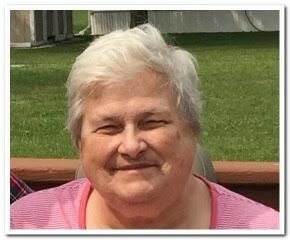 Please share a memory of Kay to include in a keepsake book for family and friends.
View Tribute Book
Kay Kahler Abbey 78 born on September 27,1944 passed away at Heritage Park on Monday October 24,2022 She is the daughter of the late Lawrence and Helen Becker Kahler She was the wife of Richard C Abbey who died on March 11, 2018 and mother of Paul Abbey who died September 2, 2014 She is survived by brother Clarence of Parma Ohio Her grandson Matthew (Sara) Herrera of North East Pa Her niece Dawn (Leonard) Hamilton of Jamestown Ny Her brother-in-law Brian (Debbie) Abbey and family of Brighton Michigan Her sister-in-law Donna Mae Abbey and family of Haven Utah Several nieces and nephews and great-nieces and great-nephews who all loved her dearly She is survived by many cousins and their families She was very big into the history of genealogy and had done history on her family. She had worked in numerous nursing homes over the years as a cook. She was past president of the Chautauqua County Cemetery Association and past secretary of Red Bird Cemetery. She was serving as Resident advisory Council at the Heritage Park where she lived. She was preceded in death by sisters Elizabeth and Alice Meier and brother Lawerence Jr and also, three nephews and one niece She will also be missed by everybody at Heritage Park that took care of her. She had made friends with several residents and staff who will miss her dearly including her roommate Arrangements entrusted to Riccardi’s Jordan Funeral Home. Send a condolence by visiting www.jordansinclairville.com
To send flowers to the family or plant a tree in memory of Kay Abbey, please visit Tribute Store

Look inside to read what others have shared
Family and friends are coming together online to create a special keepsake. Every memory left on the online obituary will be automatically included in this book.
View Tribute Book
Services for Kay Abbey
There are no events scheduled. You can still show your support by sending flowers directly to the family, or planting a memorial tree in memory of Kay Abbey.
Visit the Tribute Store
Share A Memory
Send Flowers
Plant a Tree