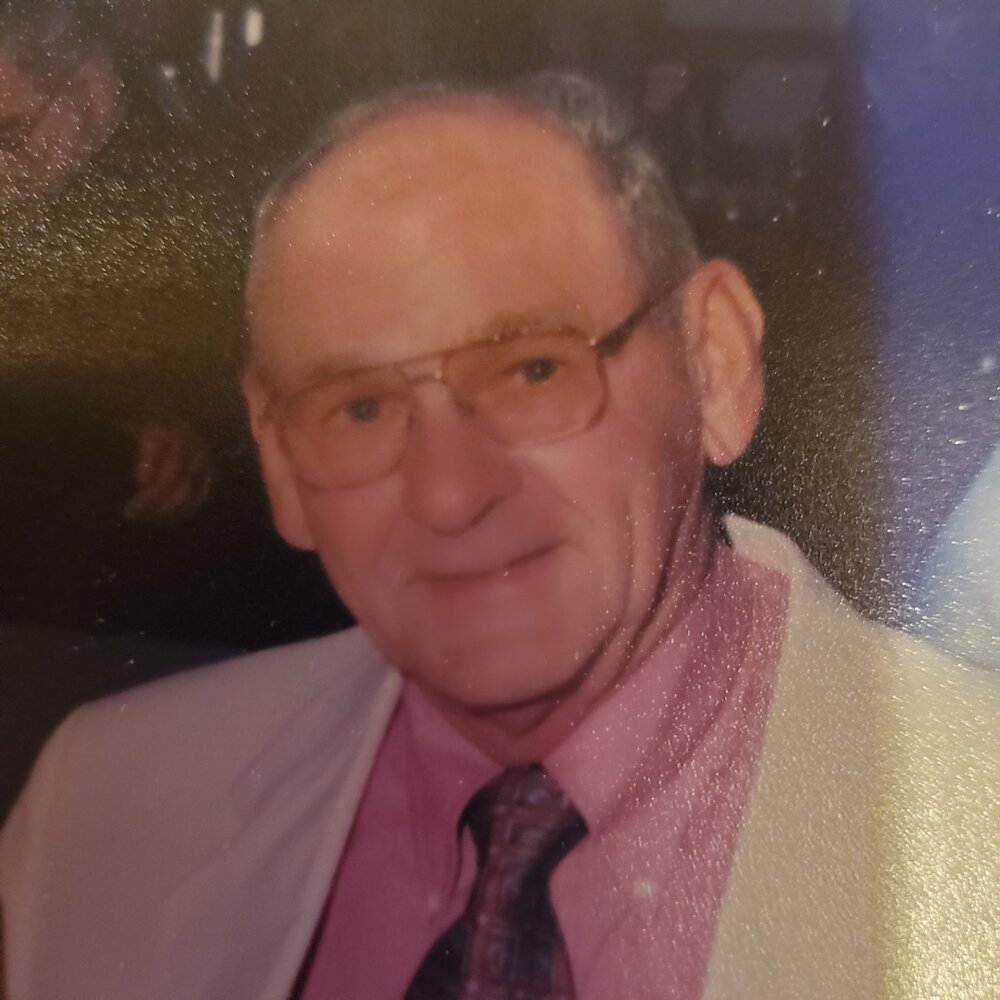 Please share a memory of Max to include in a keepsake book for family and friends.
View Tribute Book
Max D. Thorp, 88 of Stockton and The Villages, FL., passed away at home, in Stockton, Friday, Jan. 7, 2022 at 6:40 a.m. with his wife and daughter at his side. Born Oct. 14, 1933 in the corner of the same living room, of the same house he resided in and passed away in Stockton. He was a 1951 graduate of Cassadaga Valley Central School. Max joined and served in the Naval Reserves from 1951-1953 and then served in the Navy from 1953-1955 during the Korean Conflict. He was employed by Allegheny Ludlum/Al Tech Steel for over 44 years retiring in 1991. Max was a Lifetime Member of the Stockton Volunteer Fire Department and formerly served as Commissioner for the Stockton Fire District. Not only was he the best and funniest Bingo caller ever, his proximity to the fire hall often led to him being seen literally putting his pants on outside, while responding to the siren! He was a former member of the Cassadaga Memorial American Legion Post #1280. In his younger days Max ran and coached the Stockton Little League and Babe Ruth Baseball in the Stockton/Cassadaga Area. He was an avid golfer who had a hole in one and played in the Cassadaga Country Club Tuesday Night Men's Golf League. Max also enjoyed bowling, hunting fishing, boating, playing cards, joking and being the life of the party which included making his famous Marguerites. He was proud of and followed his grandson Frank's career with MLB's Tampa Bay Rays and was an avid Bills fan! Husband of 53 years to Susan O. Thorp, who he married Dec. 26, 1968; father of Nancy F. Jagoda of Dunkirk and Glenn G. Thorp of Erie, PA; grandfather of Brooke Antolini, Frank (Tara) Jagoda, III, of Bemus Point, Joseph A. Jagoda of Dunkirk, Justin (Amy) Thorp of Jamestown and Nathan (Rachael) Thorp of AZ; brother of Wallace "Wally" (Shirley) Thorp of Cassadaga and the late, Theodore "Teddy" and Edward Thor and Fern DeMaio. Also survived by many nieces, nephews and friends. A Celebration of Life will be held 1 p.m. Saturday, January 29, 2022 at the Cassadaga Memorial American Legion Post #1280, 228 Maple Ave., Cassadaga. Flowers are declined. Memorial to: Chautauqua Hospice and Palliative Care or Stockton Volunteer Fire Department. Arrangements by Jordan Funeral Home, Sinclairville.
To send flowers to the family or plant a tree in memory of Max Thorp, please visit Tribute Store

Look inside to read what others have shared
Family and friends are coming together online to create a special keepsake. Every memory left on the online obituary will be automatically included in this book.
View Tribute Book
Services for Max Thorp
There are no events scheduled. You can still show your support by sending flowers directly to the family, or planting a memorial tree in memory of Max Thorp.
Visit the Tribute Store
Share A Memory
Send Flowers
Plant a Tree